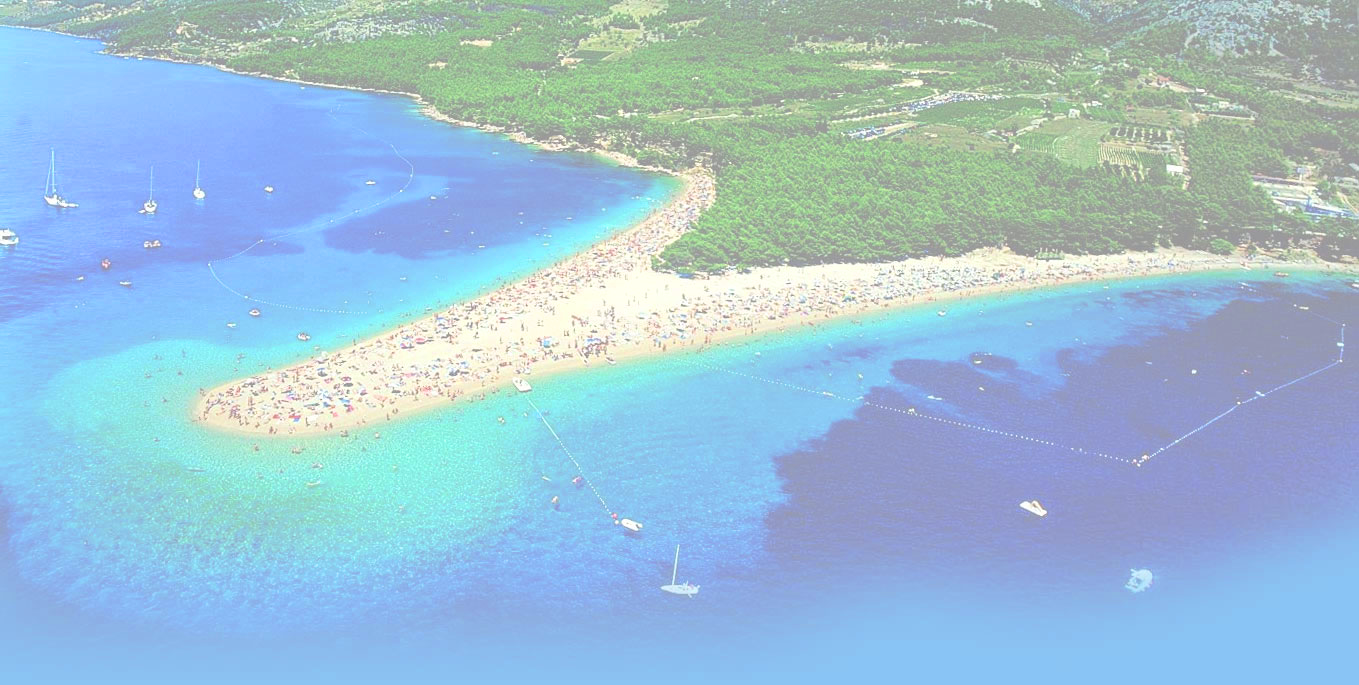 Croatia is a middleuropean Adriatic country. It lies between Slovenia on the west, Hungary on the north, Serbia and Montenegro, as well as Bosnia and Herzegovina on the east, while the Adriatic sea divides it from its neighbor Italy. The convenient geografical position, as well as the good traffic connections make it easy to reach its numerous destinations and the wunderful beaches of the cristal blue and clear Adriatic sea.

The Republic of Croatia covers an area of 56.538 km2 and its territorial waters cover 31.900 km2. The Adriatic sea of Croatia is for many Europeans the closest warm sea and is at the same time one of the most beautiful. The coastline including the islands is 5.700 km long and is one of the most intented coastlines in the Mediterranean. With its 1.185 islands, islets and rocks it really deserves its name 'country of the thousand islands'. The biggest islands are Krk and Cres.

According to the last census, Croatia has 4.437.460 inhabitants. The majority of the inhabitants are Croats, while Serbs, Bosnians, Albanians, Slovenians, Hungarians, Italians and Czechs form the most numerous minorities.

Croatia is a multilateral parlamentary republic.

The capital is Zagreb with 779.145 inhabitants – the economic, traffic, cultural and academic center of Croatia.

There are two climate zones; a temperate continental climate, locally also a mountainous climate, prevails in the interior, whereas a pleasant Mediterranean climate prevails along the Adriatic coast, with an overwhelming number of sunny days and a sea temperature that does not fall under 20°C. This pleasant climate favours the relax and enjoyment of the treasures of the Adriatic coast. The average temperature: January 0 to 2°C, August 19 to 23°C; average temperature at the seaside: January 6 to 11°C, August 21 to 27 °C; the sea temperature is about 12°C in the winter, and 25°C in the summer. Weather forecast

The official currency in Croatia is the Kuna (1 kuna = 100 lipa). Foreign currency can be exchanged in banks, exchange offices, post offices, most travel agencies and at the reception of hotels, camps as well as in marinas.

In Croatia the most used cards are: Eurocard/Mastercard, Visa, American Express and Diners. They are accepted at most hotels, marinas, restaurants and shops, as well as at ATM's and commercial centers.

400BC The first Greek colonies are founded on Adriatic islands.

100BC Romans rule over the east coast of the Adriatic.

295. Diocletian, Roman Emperor, began the construction of a fortified palace near the village of his birth. It later became the historic downtown of Split, Croatia. Construction took ten years.

614. Croats settled in the area between the Adriatic Sea and the rivers Sava and Drava.

925. The Croatian kingdom was established. King Tomislav was crowned first king of Croatia by decree of the Holy Catholic church in Rome, and was its founder.

1102. After the death of Petar Svacic, the last Croatian king, Croatia enters into a union with Hungary.

1856. Nikola Tesla, electrical engineer and inventor, was born in Croatia

1918. After the downfall of the Austro-Hungarian Monarchy in World War I, Croatia becomes part of the Kingdom of Serbs, Croats, and Slovenes, later proclaimed Yugoslavia.

1929. The Monarchy's name is changed to Yugoslavia.

1980. Tito's tight reign on Yugoslavia keeps ethnic tensions in check until his death in 1980. Without his Slavic influence, ethnic and nationalist differences begin to flare.